We make some of the tastiest Pizza Pie on the planet, and we continue to work hard to do so. We come from 3 generations of Oregon pizza makers, and opened our first Corvallis location in 1989.
See Our Menu 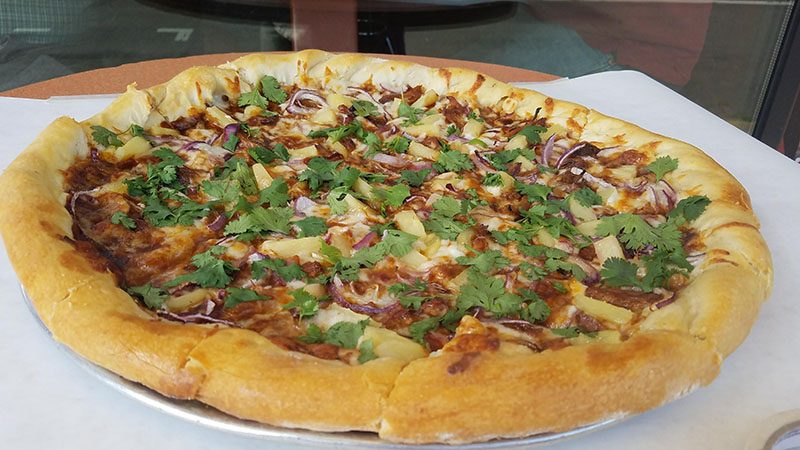 We chop our veggies fresh daily and prepare our pizza sauces and salad dressings from scratch. Our pizza dough is a cherished third generation family recipe using the Northwest’s finest non-GMO flours from Pendleton Flour Mills. 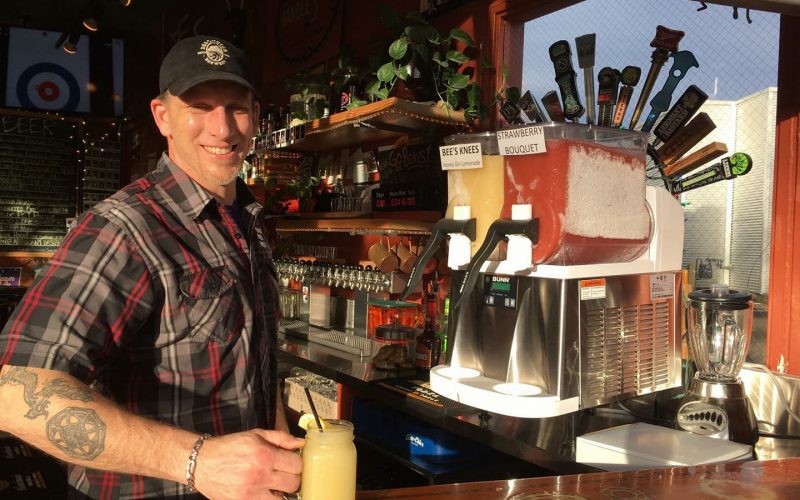 As our customer at the Dream you’ll get fast and friendly service, hear good music, be surrounded by art and eat and drink well. Both Downtown and Campus Dreams offer comfortable and entertaining spaces for you to relax and enjoy. 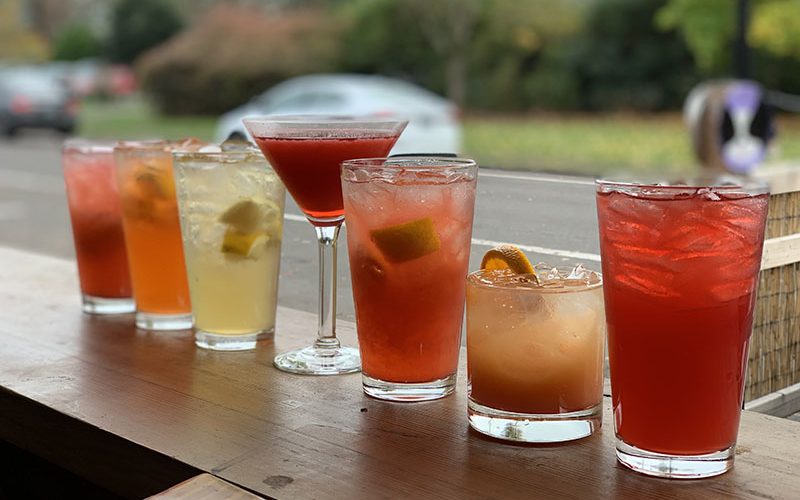 The Campus Dream offers delivery of our entire menu, plus beer and cocktails. We’ve been delivering pizza to Corvallis for over 30 years … expect your pizza to arrive hot and yummy and your salads fresh and crisp, in good time with courteousness and care. 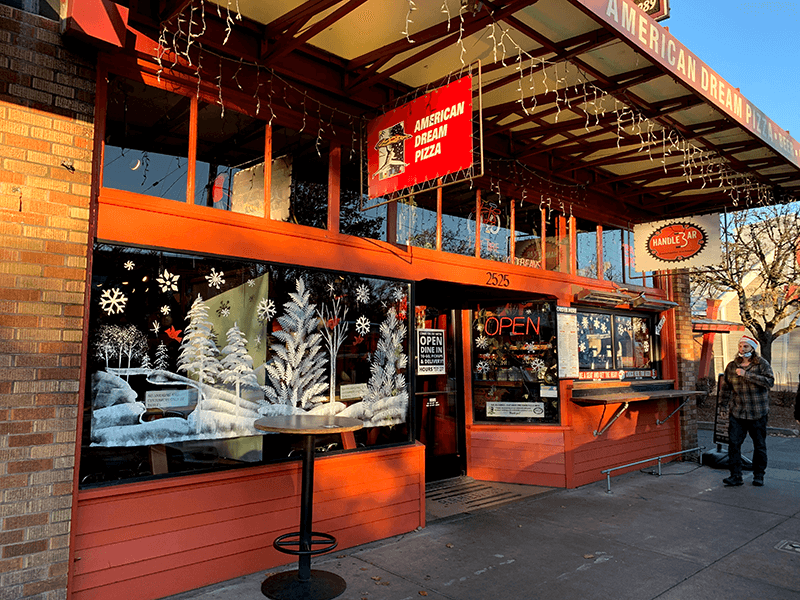 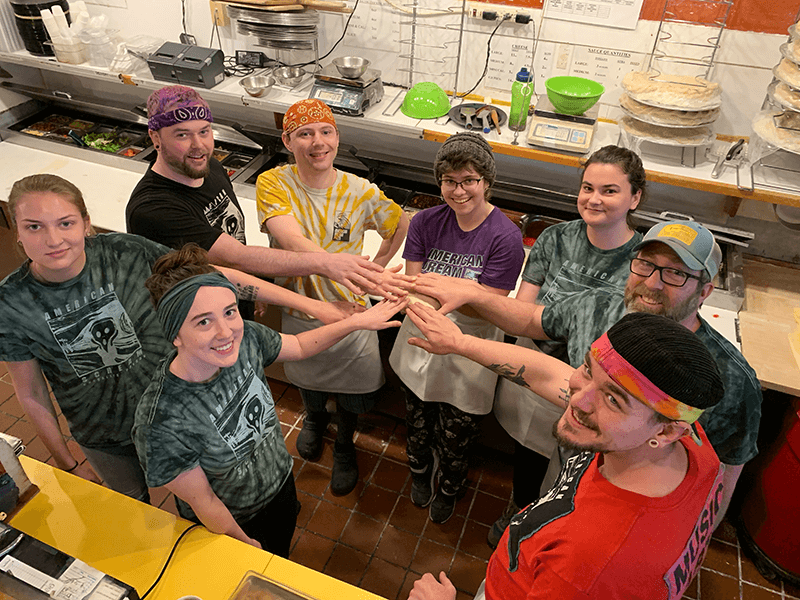 We at American Dream Pizza are happy to be part of the Corvallis community. We are committed to keep local money local. We are also committed to taking good care of our people. We offer a creative, respectful and safe work environment with competitive pay. Full time staff receive paid vacation and access to our medical, dental and retirement plans. 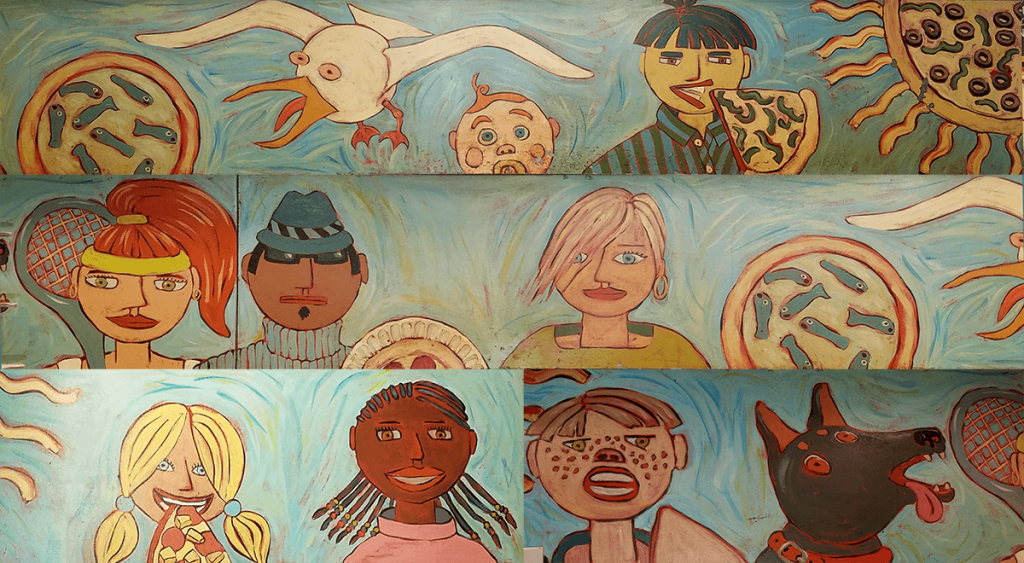 Inspiration came from Portland’s original pizzeria, Caro Amico, part of Scott’s family since Grandpa Fred Baker opened the restaurant in 1949. Caro Amico is now a Portland landmark, owned and operated by Scott’s Mom, Elsie Baker McFarland. The partners followed their Portland shop by launching the Campus Dream in Corvallis in 1989.

In 2004, McFarland opened the Downtown Dream in Corvallis with partner Mark O’Brien. McFarland and O’Brien teamed up with Brian Bovee in 2012 and opened our sister pub, Sky High Brewing and Pub in downtown Corvallis.